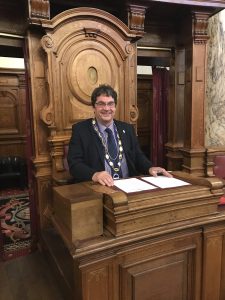 Nominations are now being accepted for the next ALSGBI President who will take up office as President Elect commencing after the Annual General Meeting (AGM) at our Annual Scientific Meeting (ASM) in Manchester in December 2018 for one year.  The President Elect will become President at the ASM in November 2019 and this 2 year term will conclude in November 2021.  This role does require a reasonable commitment, nominees must be prepared to serve the Association substantially and attend 5 Council Meetings per year plus Executive Meetings as deemed necessary.

We are now seeking nominations for 1 full member to join the Council of the Association of Laparoscopic Surgeons of Great Britain and Ireland for each of the following regions:

The term of office is for 4 years and will commence after the AGM in December 2018.  The successful candidates will be expected to attend at least 4 Council meetings per year.

Please submit nominations for the above positions to jtreglohan@alsgbi.org by Friday 28 September.  Nominees should agree in writing to their name being put forward and should be appropriately proposed and seconded.  Please make sure that any nominees have agreed to accept the position should they be elected.  Nominations can be from any full Consultant Member of the ALSGBI. If there is more than one nomination per position then the ALSGBI Council will vote in a ballot.