The Association of Laparoscopic Surgeons was formed in April 1994 in Harrogate by the amalgamation of the Society of Minimally Invasive General Surgeons (SMIGS) and British Surgical Stapling Group (BSSG).

Since then the ALSGBI has established itself as the main voice for laparoscopic surgeons in the UK and Ireland, initially under the Presidency of Lord McColl and then Mr David Dunn. David’s tragic death in 1998 is commemorated by the David Dunn Medal, awarded to the presenter of the best paper at the ALSGBI Annual Scientific Meeting, and the David Dunn Travelling Scholarship funded by the ALSGBI for £4,000 to allow a British Trainee or Consultant within 5 years of appointment to make a substantial visit to a unit abroad, to learn new skills in laparoscopic surgery with a view to introducing them to the UK.

Hello and welcome to the Association of Laparoscopic Surgeons of Great Britain and Ireland (ALSGBI) website.

We are a charitable organisation whose primary role is to support training and education in a broad range of minimal access surgeries among surgeons of all experience levels ranging from junior trainees through to long time established Consultants. I trust you will enjoy using the resources on this website.

The Spring 2020 Newsletter is now online

Members only: click here to go to the Newsletters section

2020 Video of The Year Competition 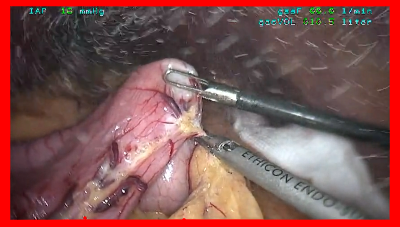 We are inviting all our members to submit their most instructive surgical video, the winner will be announced at our 2020 Annual Scientific Meeting to be held in London on December 7th & 8th. They can feature any content provided it is laparoscopic/robotic and there should be a voiceover. The use of arrows to identify anatomical structures is encouraged. The running time should be less than 1 hour.

This competition will close at 10:00 pm on Wednesday 30th September. Please note that the prize is much greater than the cost of a year’s membership. Non-members are invited to send in their entries too but in order to be awarded the prize it is necessary to join. To join, click here. By sending in your video, you give your consent for it to be reviewed and included on our website if judged to be of a sufficiently high standard.

Your video must be submitted online, you will need to:

1) Obtain a compressed file in MPEG/MPG/MKV format
2) Go to the WeTransfer website at: https://wetransfer.com/
3) Upload the video file
4) Enter the email address dmahon@amigo.co.uk to send the video files to.
5) Enter your email address to send a notification
6) Enter a message that details what video file you are sending